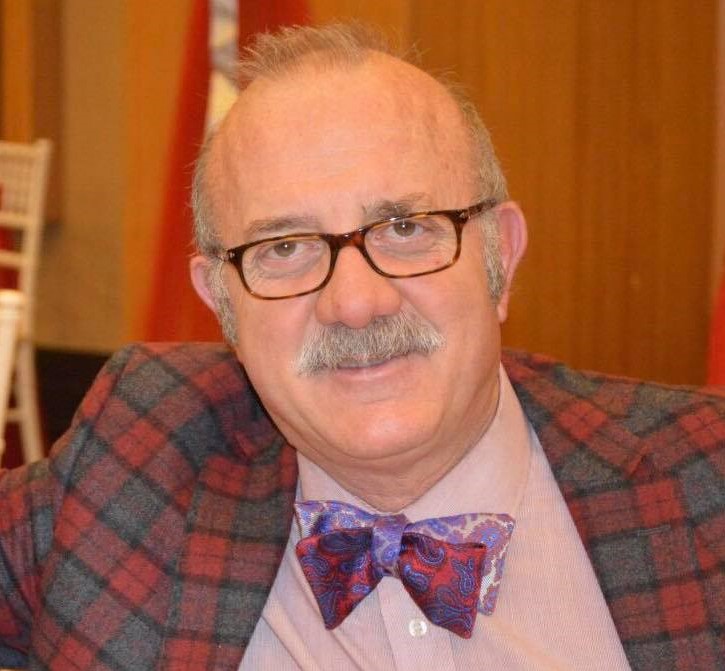 Dundar et al. (2001) reported a 6-generation Turkish family with a combination of distal limb and sternal abnormalities, inherited in an autosomal dominant fashion. All 22 affected subjects manifested soft tissue syndactyly of all fingers and toes, and preaxial polydactyly was present in 14 affected individuals. A prominent upper sternum and/or a blind-ending inverted U-shaped sinus in the chest wall was also present in 14 cases. Dundar et al. (2001) pointed out the similarity between this phenotype and acropectorovertebral dysplasia (F syndrome; 102510) but noted that in this syndrome the carpal, tarsal, and metatarsal synostoses and vertebral anomalies present in F syndrome were not seen. In addition, the soft tissue syndactyly was more marked than that seen in F syndrome, and the preaxial polydactyly occurred in the feet as well as in the hands.

Dundar et al. (2008) reported a Turkish family in which a father and 2 sons had scoliosis, arachnodactyly, and progressive loss of vision resulting in blindness. The proband was a 16-year-old boy with scoliosis, arachnodactyly of both fingers and toes, and progressive visual loss and strabismus since he was 8. The right eye showed esotropia, bilateral lens subluxation, hypertrophy of the retinal pigment epithelium, and eventual total retinal detachment. A 20-year-old brother had severe kyphoscoliosis, arachnodactyly of fingers and toes, and complete blindness associated with opaque small lenses. The 60-year-old father had mild scoliosis, blindness, and arachnodactyly. A 23-year-old sister of the proband had blindness associated with small opaque lenses, but no scoliosis or arachnodactyly. The combination of clinical abnormalities in these patients did not suggest Marfan syndrome (MFS; 154700) or other connective tissue disorders associated with ectopia lentis, and genetic analysis excluded mutations in the FBN1 (134797), TGFBR1 (190181), and TGFBR2 (190182) genes. Dundar et al. (2008) suggested that the disorder in this family represented an autosomal dominant gene defect with possible sex influence.
OMIM

In this report we present two brothers with abnormal neurological development, hypotonia, short stature, pylorus stenosis, pectus excavatum, brachycephaly due to craniosynostosis, frontal bossing, depressed nasal bridge, high arched-wide palate, downslant palpebral fissures, low-set, large ears, thin upper lip and bilateral cryptorchidism. The brothers were born to a couple of second cousins and were the third and fourth pregnancies of the mother. The father, the mother and the eldest sibling were phenotypically and chromosomally normal. The clinical findings of the brothers were found to be similar. These clinical findings were compared with syndromes showing some of the symptoms, namely Apert, FG, Floating-Harbor, Shprintzen-Goldberg and Rett Syndromes. However, when the findings were detailed, we observed that they did not match completely any of the syndromes in a discernable way. The MECP2 gene mutation was analysed because of mental retardation, poor neurological evolution and large ears, but no mutation was found. So these cases are presented as a new syndrome with apparent autosomal recessive inheritance.